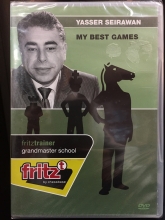 Grandmaster Yasser Seirawan began playing chess in the summer of 1972 and by 1979 he had won the World Junior Championship and in January of 1980 earned his final Grandmaster norm. What had he learned in seven and a half years that propelled him so far so quickly?