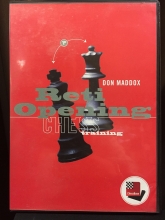 1.Nf3, the Reti Opening, is perhaps the most flexible starting move in chess. It often confuses the opponent due to it's ability to move order them into an opening they dont play. For example, maybe as black they play the French (1.e4 e6) against 1.e4 and the Slav (1.d4 c6) against 1.d4. What will they do after 1.Nf3? 1.Nf3 e6 d4 is not longer a Slav. and will take them onto unfamiliar ground. Likewise 1.Nf3 c6 2.e4 is not a French, but instead has put them in a Caro-Kann. The Reti Opening is an idea based opening, requires little memorisation, and simply a learning of plans. This makes it an ideal weapon for players of all levels.